Haruchika Noguchi and the Seitai Kyokai 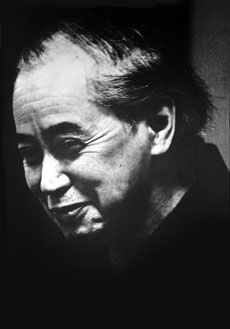 Haruchika Noguchi was already a highly respected traditional therapist in his youth. He was born in 1912, in Japan, the only eastern country whose culture and society began a deep Europeanization in the late 1800s. In such historical context, Noguchi knew how to combine modern western and ancient eastern knowledge thanks to his exceptional intuitive observation capacity: At the same time he thought up the practice of katsugen undo and yuki, he was observing how the spontaneous movement is manifested in human nature. This led him to discover, after twenty years of continuous work and study, the structure of the spontaneous movement within our organisms. In 1943-44, he coined the word seitai (to adjust or coordinate the body or organism) and he named after it his methods and the Association “Health preservation through natural methods” under his direction for a long time. This is how Noguchi introduced the singular approach of seitai in the world of japanese traditional therapeutics.

Although most of his teaching, related to everyday matters, was transmitted orally, he wrote small books (1950-1960) where he presented his discovery:

Meanwhile, Noguchi was becoming aware that his ideas and discovery should go beyond the field of therapeutics. Then he did something extraordinary, he transferred the “Seitai Therapeutic Association” to the cultural field and he succeeded in having it accepted by the Japanese Ministry of Education and Science. He founded the Legal Seitai Society (Shadan Hojin Seitai Kyokai) in 1956-57.

Master Noguchi’s life can be summarised by the following thought that he defined as “zensei”:

Only those who live intensely can sleep soundly.

Only those who live peacefully can have a peaceful death.

Noguchi lived and died according to this thought (for example, for fifty years he never had one day off). He died in 1976 after a life devoted to his teachings.

The master’s legacy is in the care of his children and his pupils in Seitai Kyokai: www.seitai.org