The CVP, the vital structure of the organism

Throughout the evolution of the species, each osei has fostered the formation of an organic system with its corresponding biological activity and a specific psychic activity with its corresponding brain area. The same type of formation takes place in the embryo: each osei generates a type of initial cells which will form a specific organic system together with its biological activity and the psyche inherent in its own cell associations.

In the organism of both the human being and the vertebrates, the absolute interrelation between the five oseis, their five basic movements, their five major organic systems, their biological, psychic, and brain activities, has created a structure that governs the organism and which we will call the CVP:

C as in Cranium, V as in Vertebra, P as in Pelvis.

The CVP is made of the following parts, which are totally interdependent on each other (the existence of any one of them requires its connexion with the others): 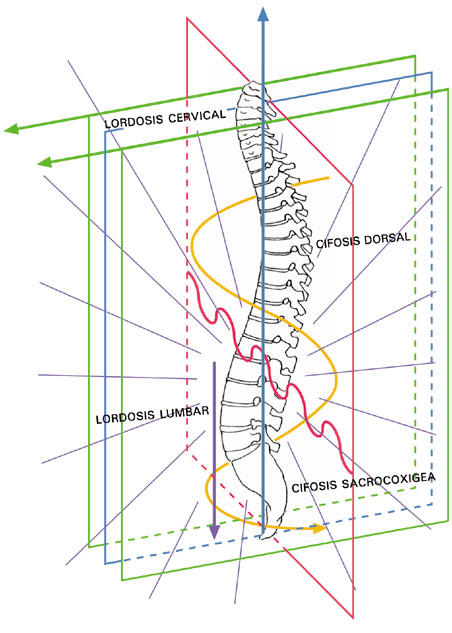 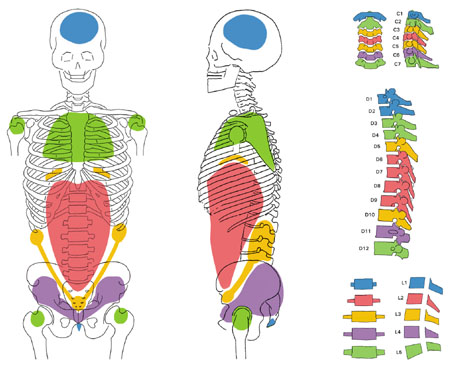 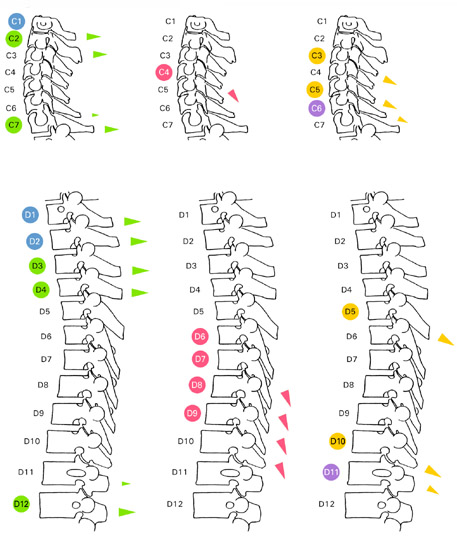 The fact that culture has no other concepts than head and trunk or brain and body has lead us to understand that the head governs the trunk or that the brain governs the body. It is true that the brain (nervous system) displays the different cell activities of the different organic systems as well as those of their own psyches and coordinates all of them. Nevertheless, the brain does not govern the organism.

Actually, the formation and development of the head and the brain was a long process in the history of evolution and this formation was fostered by the organisms of the species involved in such process. The CVP represents the life of the organism and it is formed by the million of cells in the head-trunk-extremities.

When the CVP executes each one of the five movements, the following parts of the organism get activated: the muscles inherent in each osei and the vertebra specific to each curve of the vertebral column, the organs in each one of the body cavities and the corresponding areas of the nervous system and of the brain together with the psyche specific to each osei. The CVP also operates as required its extremities (arms-hands and legs-feet in the human being; legs in the quadrupeds; wings and legs in the owls; fins in the fish), according to the external needs.

The action of the every osei in the human pelvis 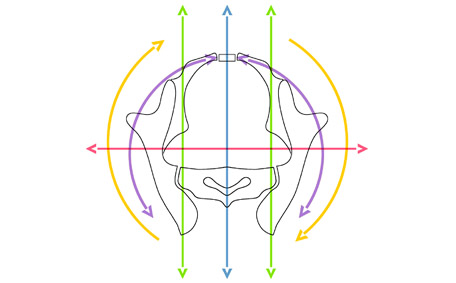 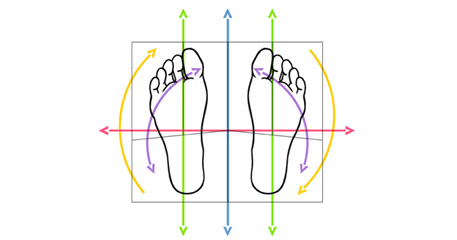 The CVP represents our organisms because it is the highest organization of all their cellular associations. Moreover, it is the structure that governs our lives since it involves the five modalities of life expression and its five capacities of reaction, the five oseis + and – (I-X), all of them tightly interrelated and dependent on each other.